The Myth of Persephone in Girls' Fantasy Literature

In this book, Blackford historicizes the appeal of the Persephone myth in the nineteenth century and traces figurations of Persephone, Demeter, and Hades throughout girls' literature of the nineteenth and twentieth centuries. She illuminates developmental patterns and anxieties in E. T. A. Hoffmann's Nutcracker and Mouse King, Louisa May Alcott's Little Women, Emily Bronte's Wuthering Heights, J. M. Barrie's Peter and Wendy, Frances Hodgson Burnett's The Secret Garden, E. B. White's Charlotte's Web, J. K. Rowling's Harry Potter and the Chamber of Secrets, Stephenie Meyer's Twilight, and Neil Gaiman's Coraline. The story of the young goddess's separation from her mother and abduction into the underworld is, at root, an expression of ambivalence about female development, expressed in the various Neverlands through which female protagonists cycle and negotiate a partial return to earth. The myth conveys the role of female development in the perpetuation and renewal of humankind, coordinating natural and cultural orders through a hieros gamos (fertility coupling) rite. Meanwhile, popular novels such as Twilight and Coraline are paradoxically fresh because they recycle goddesses from myths as old as the seasons. With this book, Blackford offers a consideration of how literature for the young squares with broader canons, how classics flexibly and uniquely speak through novels that enjoy broad appeal, and how female traditions are embedded in novels by both men and women. 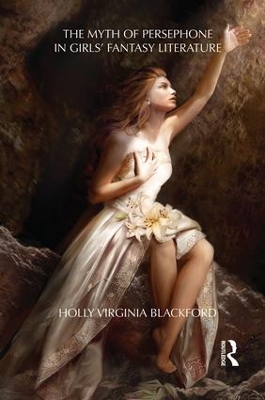 A Preview for this title is currently not available.
More Books By Holly Blackford
View All