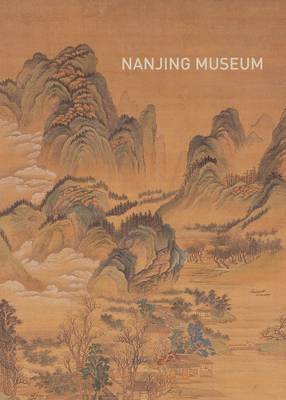 Nanjing Museum is one of the four most important national museum collections in China. Founded in 1933, at which time Nanjing was still the capital city of China, it is one of the oldest museums in the country. It was extended in 1999, with the opening of a new art gallery in the Liao style; now, following eight years of planning further expansion, new gallery space will open in November 2013. The collection is exceptional not just for its size, but for its quality and diversity. It contains unique items from all over China and local Jiangsu Province and from a wealth of archaeological digs. The book details over 300 pieces from the collection. These are amongst the most valuable and precious artefacts, including those transferred south from Mudken and Rehe that survived the war and Chiang Kai-shek's flight to Taipei, those local to Jiangsu Province and a wealth of archaeological discovery. Contents: Pottery; Bronzes; Jade Ware; Porcelain; Calligraphy and Painting; Literature; Gold and Silver; Lacquer Ware; Textiles and Embroidery; Ethnographic Art; Historical Relics of the Republic of China; Jiangsu Folk Art. AUTHOR: Gong Liang is the Director of Nanjing Museum, a graduate of Nanjing University and a professor of Nanjing Art College. Has participated in many excavations in Jiangsu, Shanghai and Chongqing. SELLING POINTS: Nanjing, together with the Palace Museums in Beijing and Taipei, holds many national treasures from the great imperial collections Nanjing is the capital of Jiangsu Province, culturally one of the richest of China's provinces and central to the current boom in archaeological discovery The Nanjing Museum has undergone extensive refurbishment and will re-open with expanded collections in November 2013 350 colour illustrations