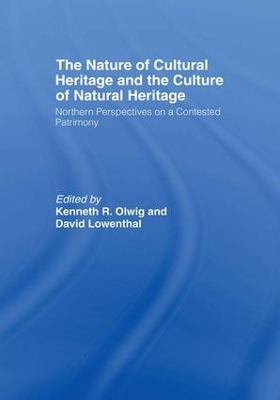 The idea that the heritage of nature is fundamentally cultural is provocative to many, but it is becoming increasingly accepted in the context of heritage preservation. It is argued here that a person's perspective on natural vs. cultural heritage as a contested patrimony is, to some extent, governed by one's intellectual and geographical position. In discourses influenced by the natural sciences culture is a heritage of nature, whereas in those deriving from the humanities and social sciences, nature is defined socio-culturally.

There is also, however, a geographical dimension to how one looks at the nature culture relation. From at least the time of Aristotle, the North has been identified with a cultural heritage thought to derive from the northern natural environment. It was no longer culture, as represented by the architectural monuments of the South, but the natural landscape that provided the measure for both natural and cultural heritage, as the natural landscape and its ecosystems were put in focus. This essay provides a contemporary picture of the long-standing contestation between natural and cultural heritage that provided the basis for the northern perspective taken in these essays.

This book was previously published as a special issue of The International Journal of Heritage Studies.

Buy The Nature of Cultural Heritage, and the Culture of Natural Heritage by David Lowenthal from Australia's Online Independent Bookstore, BooksDirect. 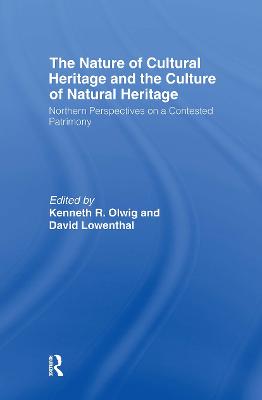 A Preview for this title is currently not available.
More Books By David Lowenthal
View All