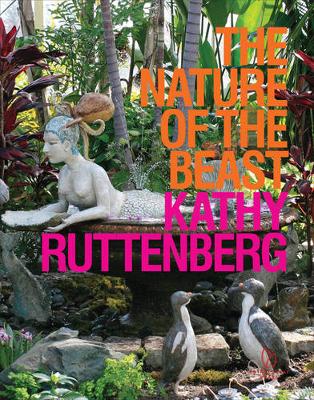 Nature of the Beast

Description - Nature of the Beast by Kathy Ruttenberg

"Ms. Ruttenberg's latest efforts make her a force to contend with as a narrator and symbolist, a form maker and colorist." - Roberta Smith, New York Times The Nature of the Beast is a comprehensive retrospective of artist Kathy Ruttenberg's work in the past six years including ceramics, drawings, and watercolours. With text by curator and art historian Charles Stuckey, the book also features a tour of her eccentric estate and studio in upstate New York where pigs, rabbits, chickens, and goats roam free. Her most recent show at Stux Gallery in Manhattan for the Fall of 2014 culminate in a conversation between Ruttenberg and Sir John Richardson which is also featured. AUTHOR: Artist, Kathy Ruttenberg has built a career spanning three decades. Her work has garnered her both critical acclaim and awards, and has been shown worldwide. For the past three consecutive years, Ruttenberg has had solo exhibitions at New York City's acclaimed Stux Gallery. In March of 2015, she had her work installed at the Roger Williams Botanical Center in Providence, Rhode Island, and was selected to participate in the 59th Faenza Prize International Competition of Contemporary Ceramic Art in Italy. 150 colour photographs

A Preview for this title is currently not available.
More Books By Kathy Ruttenberg
View All