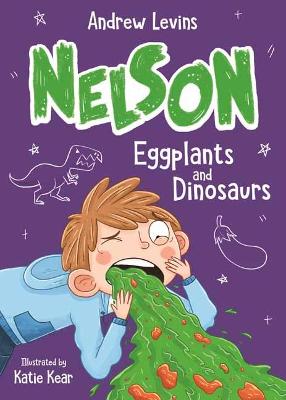 The third book in the totally outrageous adventures of Nelson Hunter - the boy who hates vegetables. Featuring a serious spy mystery and an epic dinosaur disaster!

After Nelson discovers his nemesis - vegetables - are actually the key to his superpowers, he's called on to track down some of the worst thieves in town. But trialling the effects of eating an eggplant has disastrous consequences... Will Nelson be able to control his inner beast and use it to get out of danger?