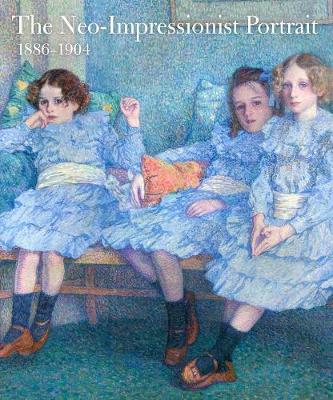 Neo-Impressionism, the style pioneered by Georges Seurat (1859?1891), has long been associated with exquisite landscapes and intriguing scenes of urban leisure. Yet the movement's use of dotted brushwork and color theory also produced arresting portraits of unusual beauty and perception. The Neo-Impressionist Portrait is the first book to examine the astonishing portraits produced by the most important figures of Neo-Impressionism, including Seurat himself, Henri-Edmond Cross, Georges Lemmen, Maximilien Luce, Paul Signac, Henry van de Velde, Vincent van Gogh, and Theo van Rysselberghe. Essays by esteemed scholar Jane Block detail the emergence of portraiture as a genre within the Neo-Impressionist movement, first in France and then in Belgium, as well as the continuing artistic dialogues between the regions. More than one hundred color illustrations, biographies of seventeen Neo-Impressionist artists, and a catalogue of sixty paintings make up this authoritative book on a key chapter of the Post-Impressionist era.

A Preview for this title is currently not available.
More Books By Jane Block
View All