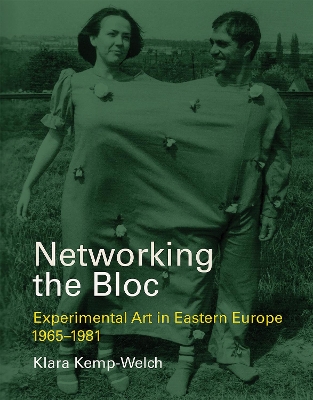 The story of the experimental zeitgeist in Eastern European art, seen through personal encounters, pioneering dialogues, collaborative projects, and cultural exchanges.Throughout the 1970s, a network of artists emerged to bridge the East-West divide, and the no less rigid divides between the countries of the Eastern bloc. Originating with a series of creative initiatives by artists, art historians, and critics and centered in places like Budapest, Poznan, and Prague, this experimental dialogue involved Western participation but is today largely forgotten in the West. In Networking the Bloc, Klara Kemp-Welch vividly recaptures this lost chapter of art history, documenting an elaborate web of artistic connectivity that came about through a series of personal encounters, pioneering dialogues, collaborative projects, and cultural exchanges. Countering the conventional Cold War narrative of Eastern bloc isolation, Kemp-Welch shows how artistic ideas were relayed among like-minded artists across ideological boundaries and national frontiers.Much of the work created was collaborative, and personal encounters were at its heart. Drawing on archival documents and interviews with participants, Kemp-Welch focuses on the exchanges and projects themselves rather than the personalities involved. Each of the projects she examines relied for its realization on a network of contributors. She looks first at the mobilization of the network, from 1964 to 1972, exploring five pioneering cases- a friendship between a Slovak artist and a French critic, an artistic credo, an exhibition, a conceptual proposition, and a book. She then charts a series of way stations for experimental art from the Soviet bloc between 1972 and 1976-points of distribution between studios, private homes, galleries, and certain cities. Finally, she investigates convergences-a succession of shared exhibitions and events in the second half of the 1970s in locations ranging from Prague to Milan to Moscow. Networking the Bloc, Kemp-Welch invites us to rethink the art of the late Cold War period from Eastern European perspectives.