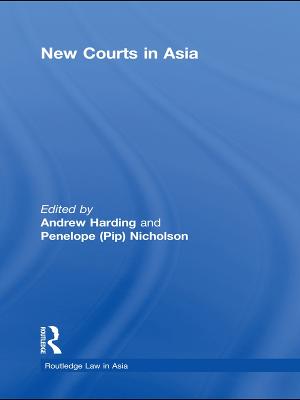 This book discusses court-oriented legal reforms across Asia with a focus on the creation of 'new courts' over the last 20 years. Contributors discuss how to judge new courts and examine whether the many new courts introduced over this period in Asia have succeeded or failed. The 'new courts' under scrutiny are mainly specialist courts, including those established to hear cases involving intellectual property disputes, bankruptcy petitions, commercial contracts, public law adjudication, personal law issues and industrial disputes. The justification of the trend to 'judicialize' disputes has seen the invocation of Western-style rule of law as necessary for the development of the market economy, democratization, good governance and the upholding of human rights. This book also includes critics of court building who allege that it serves a Western agenda rather than serving local interests, and that the emphasis on judicialization marginalises alternative local and traditional modes of dispute resolution.
Adopting an explicitly comparative perspective, and contrasting the experiences of important Asian states - China, Japan, Korea, Malaysia, Vietnam, Brunei, Thailand and Indonesia - this book considers critical questions including: Why has the 'new-court model' been adopted, and why do international development agencies and nation-states tend to favour it? What difficulties have the new courts encountered? How have the new courts performed? What are the broader implications of the trend towards the adoption of judicial solutions to economic, social and political problems? Written by world authorities on court development in Asia, this book will not only be of interest to legal scholars and practitioners, but also to development specialists, economists and political scientists.

Other Editions - New Courts in Asia by Andrew Harding 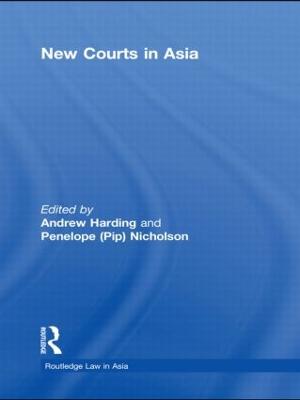 A Preview for this title is currently not available.
More Books By Andrew Harding
View All