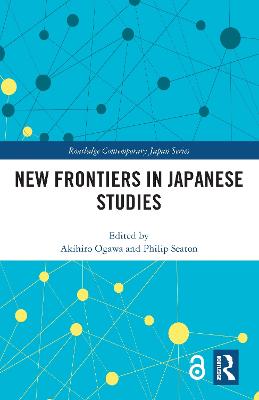 Over the last 70 years, Japanese Studies scholarship has gone through several dominant paradigms, from 'demystifying the Japanese', to analysis of Japanese economic strength, to discussion of global interest in Japanese popular culture. This book assesses this literature, considering future directions for research into the 2020s and beyond.

Shifting the geographical emphasis of Japanese Studies away from the West to the Asia-Pacific region, this book identifies topic areas in which research focusing on Japan will play an important role in global debates in the coming years. This includes the evolution of area studies, coping with aging populations, the various patterns of migration and environmental breakdown. With chapters from an international team of contributors, including significant representation from the Asia-Pacific region, this book enacts Yoshio Sugimoto's notion of 'cosmopolitan methodology' to discuss Japan in an interdisciplinary and transnational context and provides overviews of how Japanese Studies is evolving in other Asian countries such as China and Indonesia.

New Frontiers in Japanese Studies is a thought-provoking volume and will be of great interest to students and scholars of Japanese and Asian Studies.

A Preview for this title is currently not available.
More Books By Akihiro Ogawa
View All