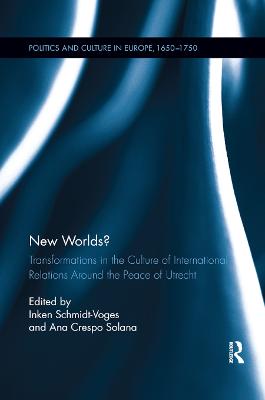 New Worlds?: Transformations in the Culture of International Relations Around the Peace of Utrecht

Description - New Worlds?: Transformations in the Culture of International Relations Around the Peace of Utrecht by Inken Schmidt-Voges

The Peace of Utrecht (1713) was perhaps the first political treaty that had a global impact. It not only ended a European-wide conflict, but also led to a cessation of hostilities on the American continent and Indian subcontinent, as well as naval warfare worldwide. More than this, however - as the chapters in this volume clearly demonstrate - the treaty marked an important step in the development of an integrated world-wide political system. By reconsidering the preconditions, negotiations and consequences of the Peace of Utrecht - rather than focusing on previous concerns with international relations and diplomacy - the contributions to this collection help embed events in a richer context of diverging networks, globalizing empires, expanding media and changing identities.

Several chapters consider the preconditions and challenges to political entities such as the British and Spanish empires and French monarchy, demonstrating that far from being nation-states these were conglomerates with diverging forms of affiliation, which developed different modes and interests to face the needs and consequences of the Utrecht negotiations. This "macrostructural" perspective is complemented by chapters that focus on "microstructural" aspects, considering the personal networks and relationships that informed day-to-day actions in Utrecht. Both perspectives are then drawn together by further contributions that examine the formation of images and discourses which were intended to identify key individuals with larger political entities and their assumed interests.

This approach, combining both broad and more narrowly focused case studies, reveals much about how the diplomatic discussions were framed with political and social contexts. In so doing the volume offers new perspectives concerning the formation of modern Europe at the beginning of the eighteenth century, beyond and yet connected with diplomatic developments and global entanglements.

Buy New Worlds?: Transformations in the Culture of International Relations Around the Peace of Utrecht by Inken Schmidt-Voges from Australia's Online Independent Bookstore, BooksDirect.

Other Editions - New Worlds?: Transformations in the Culture of International Relations Around the Peace of Utrecht by Inken Schmidt-Voges 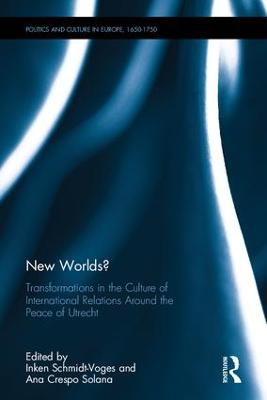