The Searing True Story of Men Under Siege

Description - No Way Out by Adam Jowett

In Helmand province in July 2006, Major Adam Jowett was given command of Easy Company, a hastily assembled and under-strength unit of Paras and Royal Irish rangers. Their mission was to hold the District Centre of Musa Qala at any cost. Easy Company found themselves in a ramshackle compound, cut off and heavily outnumbered by the Taliban in the town.

In No Way Out, Adam evokes the heat and chaos of battle as the Taliban hit Easy Company with wave after wave of brutal attack. He describes what it was like to have responsibility for the lives of his men as they fought back heroically over twenty-one days and nights of relentless, nerve-shredding combat. Finally, as they came down to their last rounds and death stared Easy Company in the face, the siege took an extraordinary turn . . .

Powerful, highly-charged and moving, No Way Out is Adam's tribute to the men of Easy Company who paid a heavy price for serving their country.

Buy No Way Out by Adam Jowett from Australia's Online Independent Bookstore, BooksDirect.

Other Editions - No Way Out by Adam Jowett 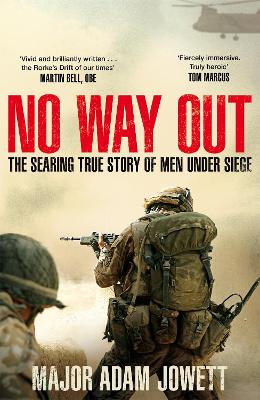 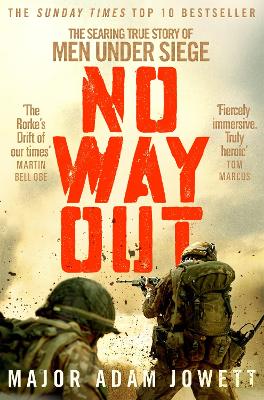 A Preview for this title is currently not available.
More Books By Adam Jowett
View All