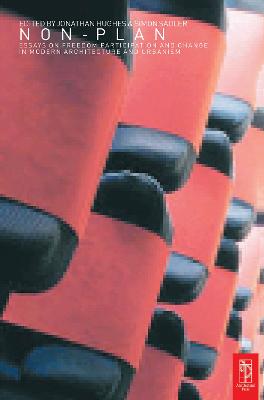 Non-Plan: Essays on Freedom, Participation and Change in Modern Architecture and Urbanism

Description - Non-Plan: Essays on Freedom, Participation and Change in Modern Architecture and Urbanism by Jonathan Hughes

Non-Plan explores ways of involving people in the design of their environments - a goal which transgresses political categories of 'right' and 'left'. Attempts to circumvent planning bureaucracy and architectural inertia have ranged from free-market enterprise zones, to self-build housing, and from squatting to sophisticated technologies of prefabrication. Yet all have shared in a desire to let people shape the built environment they want to live and work in.

How can buildings better reflect the needs of their inhabitants? How can cities better facilitate the work and recreation of their many populaces? Modernism had promised a functionalist approach to resolving the architectural needs of the twentieth-century, yet the design of cities and buildings often appears to confound the needs of those who use them - their design and layout being highly regulated by restrictive legislation, planning controls and bureaucracy.

Non-Plan considers the theoretical and conceptual frameworks within which architecture and urbanism have sought to challenge entrenched boundaries of control, focusing on the architectural history of the post-war period to the present day. This provocative book will be of interest to architects, planners and students of architecture, design, town-planning and architectural history. Its contributors include architects, critics and historians, including many whose work helped shape the Non-Plan debate during the period.
List of contributors: Cedric Price, Benjamin Franks, Elizabeth Lebas, Eleonore Kofman, Ben Highmore, Yona Friedman, Paul Barker, Clara Greed, Barry Curtis, Colin Ward, Ian Horton, John Beck, Chinedu Umenyilora and Malcolm Miles.

Other Editions - Non-Plan: Essays on Freedom, Participation and Change in Modern Architecture and Urbanism by Jonathan Hughes 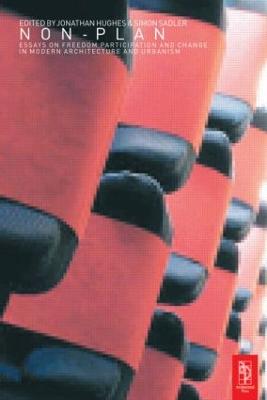 A Preview for this title is currently not available.
More Books By Jonathan Hughes
View All