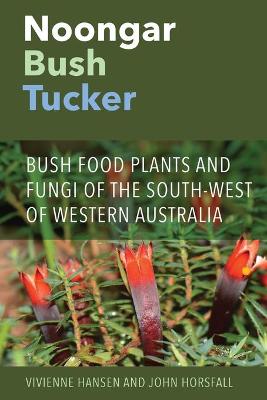 Before the colonisation of Australia, Aboriginal Australians lived on a wonderful larder of fresh fruit, vegetables and lean meat, in a land largely free from disease, with more exercise, less stress and supportive communities.

Today, in Aboriginal communities all over Australia, there are higher instances of heart disease, type 2 diabetes, renal disease, some types of cancer and lung diseases than in the general population.

This book is an attempt to preserve bush tucker knowledge for future generations of Aboriginal and non-Aboriginal people to ensure the information is not lost with the passing of Elders.

The authors describe over 260 species of the edible plants and fungi that were regularly gathered by the Noongars of the Bibbulmun Nation of the south-west of Western Australia before and after colonisation. Many of these plants and fungi are difficult to find today because of land clearing for crops and the farming of sheep and cattle.

'Like its companion volume Noongar Bush Medicine, this compact book, filled with concise information and large colour photographs for easy identification of the various plants in question, is perfect for those trips down south...With an emphasis on health and the preservation of bush tucker lore for Aboriginal and non-Aboriginal people alike, Noongar Bush Tucker presents more than 260 species of edible plants and fungi which the Noongars of the Bibbulmun Nation traditionally gathered. An indispensable reference book.' - The West Australian

Outdoor Life: The Complete Survival Book Collection: (How to Survive Anything & How to Survive Off the Grid Manuals)
Weldon Owen
Paperback , Nov '20
RRP: $79.99 $71.99