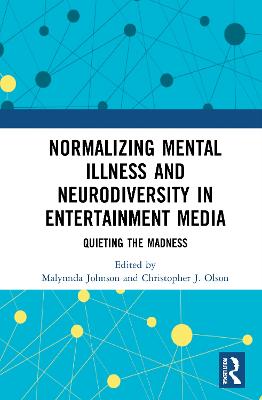 This volume examines the shift toward positive and more accurate portrayals of mental illness in entertainment media, asking where these succeed and considering where more needs to be done. With studies that identify and analyze the characters, viewpoints, and experiences of mental illness across film and television, it considers the messages conveyed about mental illness and reflects on how the different texts reflect, reinforce, or challenge sociocultural notions regarding mental illness. Presenting chapters that explore a range of texts from film and television, covering a variety of mental health conditions, including autism, post-traumatic stress disorder (PTSD), depression, and more, this book will appeal to scholars of sociology, cultural and media studies, and mental health.

A Preview for this title is currently not available.
More Books By Malynnda Johnson
View All