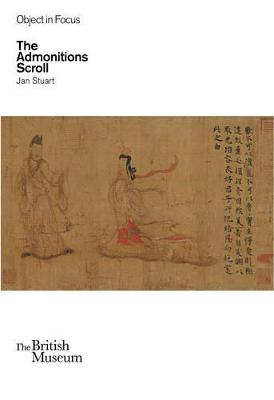 Objects in Focus: The Admonitions Scroll

Description - Objects in Focus: The Admonitions Scroll by Jan Stuart

The Admonitions scroll is an internationally recognized masterpiece of narrative painting and is arguably the earliest surviving Chinese painting. Painted in ink and colour on silk and traditionally attributed to the 'founding figure' of Chinese painting, Gu Kaizhi (c.345-c.406), the scroll entered the British Museum in 1903 and has become one of its most famous objects. The scroll illustrates a poem written in AD 292 by the poet-official Zhang Hua (232-300), who was reprimanding Empress Jia (257-300) who had wantonly abandoned the Confucian-based ethical behaviour expected of court ladies, including personal sacrifice to save the emperor should he be in danger. The Admonitions scroll was painted centuries later in order to admonish a different wayward ruler - this time an emperor himself. While didactic and morally instructive, the painted scenes also reveal deep psychological insights into some of the figures as well as offer touching glimpses of court life, including in the bedchamber and a grooming session with the children. Modern scholarship holds that the Admonitions scroll dates from the sixth to eighth century AD. While it may or may not be a copy of an original work by Gu, without doubt it accurately represents a style current in his lifetime and as such represents the seminal development of the features that came to distinguish Chinese ink painting as a distinctive world tradition. The Admonitions scroll has been held in many prestigious Chinese private and imperial collections, as well as having been copied by other Chinese artists, before arriving in London over a century ago. The story of the scroll is of fascinating historical interest and this accessible and beautifully illustrated book really gets to the heart of it.

A Preview for this title is currently not available.
More Books By Jan Stuart
View All