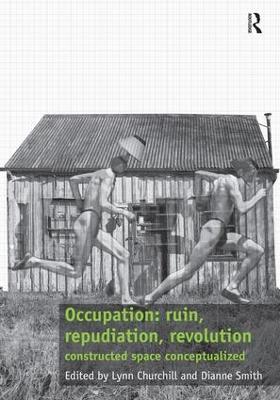 Bringing together an international range of contributors from the fields of practice, theory and history, this book takes a fresh look at occupation. It argues that occupation is a prospect that begins with ruin--a residue from the past, an implied or even a resounding presence of something previous that holds the potential for transformation. This prospect invites us to repudiate, re-imagine and re-define lived space, thereby asserting occupation as an act of revolution. Authors drawn from the fields of architecture, urbanism, interior architecture, dance dramaturgy, art history, design and visual arts, cultural studies and media studies provide a unique, holistic view of occupation, examining topics such as: the authority of architecture; architecture as an act of revolution; women in hypersexual space; occupation as a serialized act of ruin; and the definition of space as repudiation. They discuss how acts that re-invent territory and/or shift boundaries--psychological, social and physical--affect identity and demonstrate possession. This theme of occupation is significant and topical at a time of radical flux, generated by the proliferation of hypermedia, and also by the dramatically shifting environmental, political and economic context of this era. The book concludes by asserting that it is through occupation (private and public: real, virtual, remembered, re-invented) that we appear or disappear as the individual or collective self, because the spaces we construct assert particular agendas which we may either contest or live in accord with. A Preview for this title is currently not available.
More Books By Lynn Churchill
View All