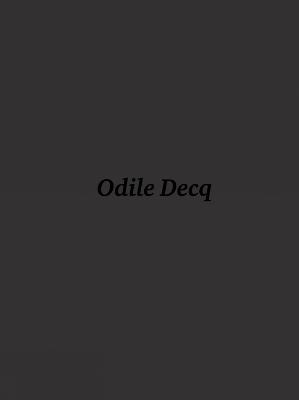 Odile Decq: The Wunderkammer of Odile Decq invites you to take a voyage and explore Odile Decq's unique and complete universe of architecture, urban planning, design and art, which celebrates the freedom of imagination and shines a light on her distinctive approach to what is conventionally defined as architecture. Perhaps nothing could set the tone for this book better than Odile Decq's own poetic words, a credo that has become evident after 40 years of architectural and design practice: "The horizon line is a constant temptation, and gives the desire of beyond, the absence of limits blurs the perception, creates ambiguity, fusion, and illusion. The consciousness of elsewhere, the perception of the space beyond." With intricate sketches and concept models, rich photography and an intimate and unique commentary, this concept monograph (aptly described as a cabinet of curiosities) showcases quintessential frameworks of Odile Decq's multidisciplinary design approach; it illuminates her inspirational sources; and most importantly, demonstrates the coherence that is legible on every scale of her work. From her signature concept of dynamic space, setting body into tension and movement, to lifelong ideals of organic transformation of object, perception, and fluidity of things, there are within these pages as many realised and imaginary obsessions as there are aesthetic fascinations. AUTHOR: Odile Decq is a French architect and urban planner. International renown came in 1990 with her first major commission: La Banque Populaire de l'Ouest, in Rennes, France. Since then, she has been faithful to her fighting attitude while diversifying and radicalising her research. Being awarded The Golden Lion of Architecture during the Venice Biennale in 1996 acknowledged her early and unusual career. Other than just a style, an attitude or a process, Odile Decq's work materialises a complete universe that embraces urban planning, architecture, design, and art. Her multidisciplinary approach was also recognised with the Jane Drew Prize in 2016, and she was honoured with Architizer's Lifetime Achievement Award in 2017 for her pioneering work, but also her engagement and contribution to the debate on architecture. SELLING POINTS: . Chronicles Odile Decq's impressive career trajectory, from once being told she'd never be an architect to then creating diverse works across art, architecture, interior design and more, from launching of the Confluence Institute for Innovation and Creative Strategies in Architecture, in Lyon, France, now accredited by the RIBA, to receiving a Lifetime Achievement Award in 2017, and much more . The book is spectacularly bound in Odile Decq's signature black, and the pages within feature works and texts in rich full colour, through photography, artistic pattern concepts, concept models and intricate design sketches 400 colour images