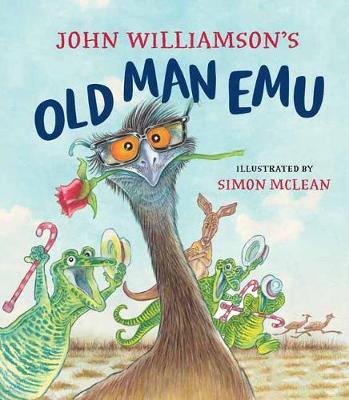 This iconic Australian song tells the very funny tale of the emu and its many traits - good and bad- He can't fly, but I'm telling you, he can run the pants off a kangaroo! The story compares the emu to lots of other Australian birds (galah, cockatoo, wedge-tail eagle, kookaburra) and of course to the kangaroo, providing wonderful opportunities for hilarious illustrations.
It's the song that launched John Williamson's career way back in 1970. John performed the song on the TV talent quest of the day, 'New Faces' and won first place, which led him to his first recording contract with Fable Records. It still remains one of John Williamson's most popular songs.