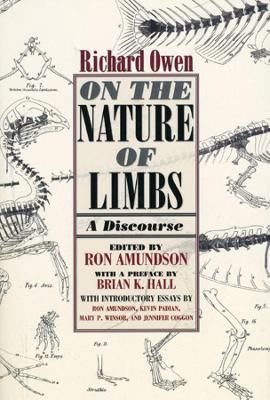 On the Nature of Limbs

Description - On the Nature of Limbs by Richard Owen

The most prominent naturalist in Britain before Charles Darwin, Richard Owen made empirical discoveries and offered theoretical innovations that were crucial to the proof of evolution. Among his many lasting contributions to science was the first clear definition of the term homology-"the same organ in different animals under every variety of form and function." He also graphically demonstrated that all vertebrate species were built on the same skeletal plan and devised the vertebrate archetype as a representation of the simplest common form of all vertebrates.

Just as Darwin's ideas continue to propel the modern study of adaptation, so too will Owen's contributions fuel the new interest in homology, organic form, and evolutionary developmental biology. His theory of the archetype and his views on species origins were first offered to the general public in On the Nature of Limbs, published in 1849. It reemerges here in a facsimile edition with introductory essays by prominent historians, philosophers, and practitioners from the modern evo-devo community.

Buy On the Nature of Limbs by Richard Owen from Australia's Online Independent Bookstore, BooksDirect.

Other Editions - On the Nature of Limbs by Richard Owen 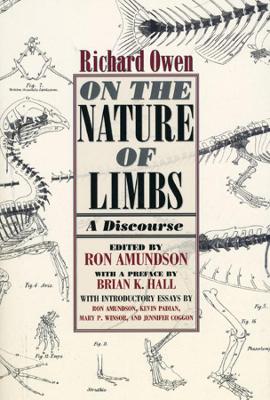 A Preview for this title is currently not available.
More Books By Richard Owen
View All

Descriptive and Illustrated Catalogue of the Physiological Series of Comparative Anatomy Contained in the Museum of the Royal College of Surgeons in London ...; Volume 4
Richard Owen
Hardback , Oct '18
RRP: $96.53 $86.88

Lectures on the Comparative Anatomy and Physiology of the Invertebrate Animals: Delivered at the Royal College of Surgeons
Richard Owen
Hardback , Oct '18
RRP: $123.50 $111.15