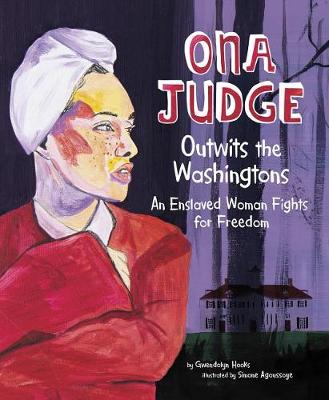 In 1776 U.S. Declaration of Independence promised freedom and equality for all. Those promises did not include millions of enslaved African Americans. George Washington was beloved as a victorious general and the first president of the United States but Washington was also a slaveholder. In his household an enslaved woman named Ona Judge dreamed of escaping and living free.
One spring night in 1796 One bravely fled Washington's mansion in Philadelphia and escaped to make a life far away. But the Washingtons wouldn't let her go easily. One would have to rely on her wits to avoid returning to life in slavery.

A Preview for this title is currently not available.
More Books By Gwendolyn Hooks
View All