'There is plenty here to adore...Karly has the wonderful ability to balance the intense landscape and memorable characters with an alluring plotline... engaging the reader with suspense and love. 4.5/5 stars ' - HappyValley BooksRead

'...an enduring story of the courage and resilience shown by so many.' - Mic Loves Books

'A story of faith, courage, strength and future prospects,..a sizzling summer read.' - Mrs B's Book Reviews
Recently divorced mother-of-two Samantha Murphy agrees to house-sit for her parents for a few weeks-but when the house involves several hundred acres of farming and livestock, it's a little more involved than the usual job. Sam left the family farm years ago for a more exciting, glamorous life on the Sunshine Coast, but now that her kids have grown up and moved out, she's at a crossroads.

Jack Cameron was in love with Sam when they were teenagers, and she broke his heart when she left town at eighteen. Their lives moved along similar paths-both marrying, having families and getting divorced-but in very different locations. Now that Sam is back, they begin to realise that there are unresolved feelings between them.

As catastrophic fires roar destructively through the local farming community, Sam has no choice but to evacuate her parents' farm. But worse is still to come: Jack is reported missing and Sam is forced to prepare for the worst news.

A heartwarming story of second chances, of loss and rebuilding, and of finally coming home.

Other Editions - Once Burnt, Twice Shy by Karly Lane 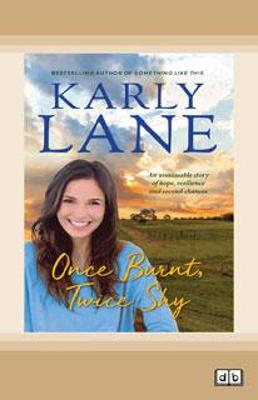 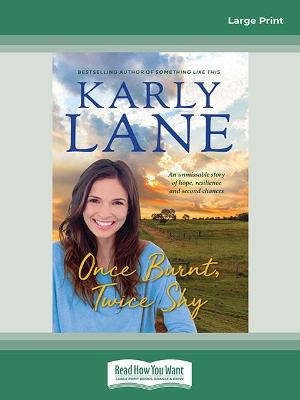 A Preview for this title is currently not available.
More Books By Karly Lane
View All