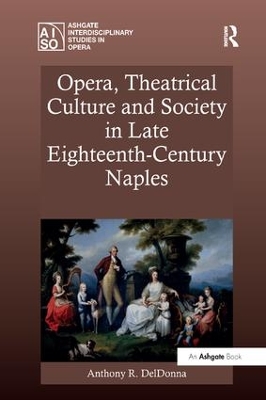 The operatic culture of late eighteenth-century Naples represents the fullest expression of a matrix of creators, practitioners, theorists, patrons, and entrepreneurs linking aristocratic, public and religious spheres of contemporary society. The considerable resonance of 'Neapolitan' opera in Europe was verified early in the eighteenth century not only through voluminous reports offered by locals and visitors in gazettes, newspapers, correspondence or diaries, but also, and more importantly, through the rich and tangible artistic patrimony produced for local audiences and then exported to the Italian peninsula and abroad. Naples was not simply a city of entertainment, but rather a cultural epicenter and paradigm producing highly innovative and successful genres of stage drama reflecting every facet of contemporary society. Anthony R. DelDonna provides a rich study of operatic culture from 1775-1800. The book demonstrates how contemporary stage traditions, stimulated by the Enlightenment, engaged with and responded to the changing social, political, and artistic contexts of the late eighteenth century in Naples. It focuses on select yet representative compositions from different genres of opera that illuminate the diverse contemporary cultural forces shaping these works and underlining the continued innovation and European recognition of operatic culture in Naples. It also defines how the cultural milieu of Naples - aristocratic and sacred, private and public - exercises a profound yet idiosyncratic influence on the repertory studied, the creation of which could not have occurred elsewhere on the Continent. 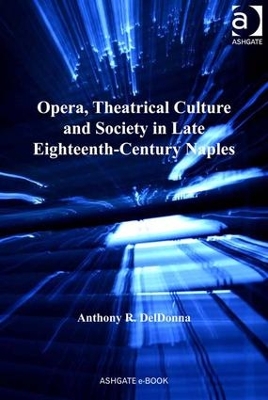 A Preview for this title is currently not available.
More Books By Anthony R. DelDonna
View All