Operas are about the meaning of love and life, and also very much about the meaning of death. Opera as a form, however, might even be dead itself. The last great operas are said to be those written around 1900. But, the psychoanalytic critic and philosopher Slavoj Zizek is quick to point out, 1900 is also the year in which Freud 'invents' psychoanalysis. Can this be a coincidence? Opera's Second Death is a passionate exploration of opera---the genre, its masterpieces, and the nature of death. Using a dazzling array of tools, Slavoj Zizek and coauthor Mladen Dolar explore the strange compulsions that overpower characters in Mozart and Wagner, as well as our own desires to die and to go to the opera. Mozart's understanding of psychoanalysis and Wagner's sense of humor are but two of the many surprises in Zizek and Dolar's operatic tour de force. Opera's Second Death is an extended aria on a subject that is far from dead. 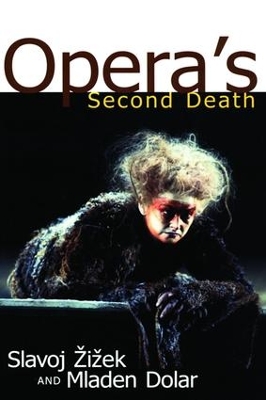 A Preview for this title is currently not available.
More Books By Slavoj Zizek
View All