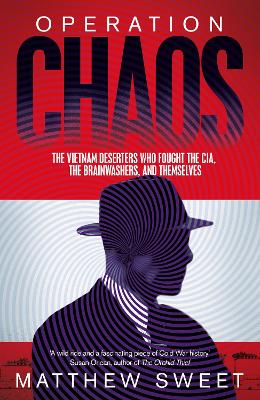 The Vietnam Deserters Who Fought the CIA, the Brainwashers, and Themselves

October 1967 during the height of the Vietnam War Craig Anderson, John Barilla, Michael Lindner and Rick Bailey, deserted the US Intrepid; smuggled from Tokyo to Sweden via Moscow with the help of a Japanese anti-war group, a draft-card-burning Buddhist priest from Nebraska, and the staff of the Russian Embassy in Tokyo. Their act of defiance made them headline news around the world as the Intrepid Four, and inspired other disillusioned young conscripted soldiers to follow their escape to Sweden.

Operation Chaos tells the true story of this group of U.S. military deserters who found asylum in Sweden during the Vietnam War and how in falling in league with the American Deserters Committee and its mysterious founder Michael Vale they became a thorn in the side of the US government during the Cold War. Travelling widely to Paris, Stockholm, North Carolina, Washington and New York visiting protected archives and meeting with the original agents and dissidents Matthew Sweet here uncovers their life underground, how the US government waged a determined campaign to discredit deserting soldiers, the story behind the secret scheme code named Operation Chaos, how the CIA tried to infiltrate this radical political group, an international game of cat and mouse and spiraling series of events winding all the way to the Manchurian Candidate scare of 1973/4, and the hunt for the victims of "the brainwashing institutes of Sweden". Sweet's fascinating journey of discovery sheds new light on one of the great untold tales of the Cold War, where the facts are wilder than any work of fiction. 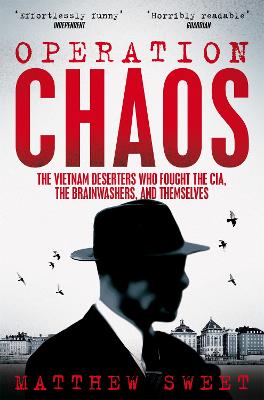 A Preview for this title is currently not available.
More Books By Matthew Sweet
View All