The Secret Intelligence Program That Brought Nazi Scientists to America

In the chaos following World War II, some of the greatest spoils of Germany's resources were the Third Reich's scientific minds. The U.S. government secretly decided that the value of these former Nazis' knowledge outweighed their crimes and began a covert operation code-named Paperclip to allow them to work in the U.S. without the public's full knowledge.Drawing on exclusive interviews with dozens of Paperclip family members, colleagues, and interrogators, and with access to German archival documents (including papers made newly available by direct descendants of the Third Reich's ranking members), files obtained through the Freedom of Information Act, and lost dossiers discovered in government archives and at Harvard University, Annie Jacobsen follows more than a dozen German scientists through their postwar lives and into one of the most complex, nefarious, and jealously guarded government secrets of the 20th century. 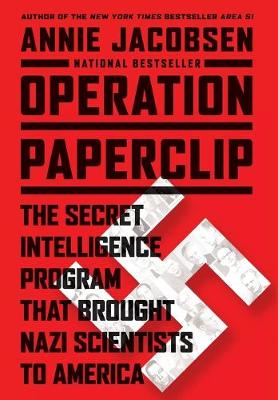 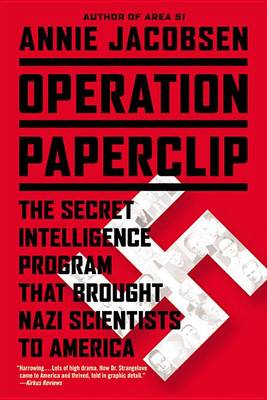 A Preview for this title is currently not available.
More Books By Annie Jacobsen
View All