Origins of Terrorism: The Rise of the World's Most Formidable Terrorist Groups

Description - Origins of Terrorism: The Rise of the World's Most Formidable Terrorist Groups by Godfrey Garner

Origins of Terrorism: The Rise of the World's Most Formidable Terrorist Groups examines the roots of Islamic terrorism, it's history, and some of the foundational figures in prominent terrorist organizations. Throughout, the book also addresses the use of terrorism, the "hows" and "whys" of terrorists' goals, and their modus operandi.

Historically, insurgency operations have formed the basis of a number of terrorist groups-resistance to western powers, particularly the United States, and what is viewed as their unwanted interference in regional affairs. Sections are devoted to individual terror organizations, including some of the most well-known and resilient global movements-Al Qaeda, ISIS, the Taliban, and Boko Haram, among others. Coverage details where and how they originated, who the principal organizers were, how these individuals worked-or didn't work-together. In this, the authors look at the circumstances that allowed for these leaders, and their groups', development and success.

In this, the authors expose interesting, little-known stories and facts about the specific upbringing, family life, and personal narrative around these organizations' founders, as well as ties to other terrorist founders and organizations. For example, the relationship between individuals such as Osama bin Laden and Musab al Zarkawi (aka Ahmad al-Khalayleh)-the founder of 'Al Qaeda in Iraq' (AQI), which became ISIS-is examined in detail, providing readers with some of the "stories behind the stories" to understand the prominent figures and underpinnings of major terrorist organizations' philosophies, formation, and elements that have led to their staying power.

Origins of Terrorism will be a valuable resource for security and intelligence professionals, terrorism researchers, and students, providing a unique perspective to understand terrorism and terror movements in considering counterterror efforts.

Buy Origins of Terrorism: The Rise of the World's Most Formidable Terrorist Groups by Godfrey Garner from Australia's Online Independent Bookstore, BooksDirect.

Other Editions - Origins of Terrorism: The Rise of the World's Most Formidable Terrorist Groups by Godfrey Garner 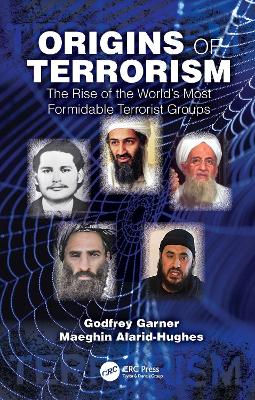 A Preview for this title is currently not available.
More Books By Godfrey Garner
View All