Our Bodies, Their Battlefield: What War Does to Women

Description - Our Bodies, Their Battlefield: What War Does to Women by Christina Lamb

SHORTLISTED FOR THE BAILLIE GIFFORD PRIZE FOR NON-FICTION 2020

SHORTLISTED FOR THE ORWELL PRIZE 2021

A Times and Sunday Times Best Book of 2020

'A wake-up call ... These women's stories will make you weep, and then rage at the world's indifference.' Amal Clooney From award-winning war reporter and co-author of I Am Malala, this is the first major account to address the scale of rape and sexual violence in modern conflict.

Christina Lamb has worked in war and combat zones for over thirty years. In Our Bodies, Their Battlefield she gives voice to the women of conflicts, exposing how in today's warfare, rape is used by armies, terrorists and militias as a weapon to humiliate, oppress and carry out ethnic cleansing.

Speaking to survivors first-hand, Lamb encounters the suffering and bravery of women in war and meets those fighting for justice. From Southeast Asia where 'comfort women' were enslaved by the Japanese during World War Two to the Rwandan genocide, when an estimated quarter of a million women were raped, to the Yazidi women and children of today who witnessed the mass murder of their families before being enslaved by ISIS. Along the way Lamb uncovers incredible stories of heroism and resistance, including the Bosnian women who have hunted down more than a hundred war criminals, the Aleppo beekeeper rescuing Yazidis and the Congolese doctor who has risked his life to treat more rape victims than anyone else on earth.

Rape may be as old as war but it is a preventable crime. Bearing witness does not guarantee it won't happen again, but it can take away any excuse that the world simply didn't know.

Buy Our Bodies, Their Battlefield: What War Does to Women by Christina Lamb from Australia's Online Independent Bookstore, BooksDirect.

Other Editions - Our Bodies, Their Battlefield: What War Does to Women by Christina Lamb 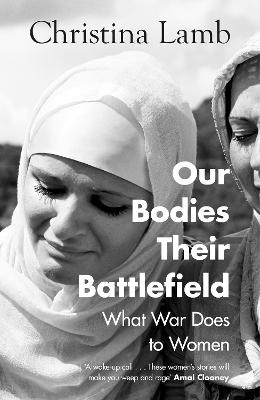 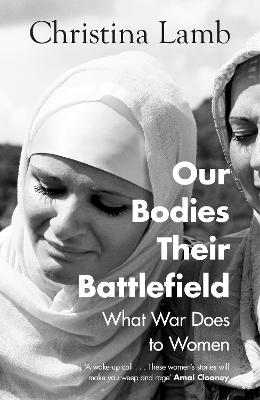 A Preview for this title is currently not available.
More Books By Christina Lamb
View All