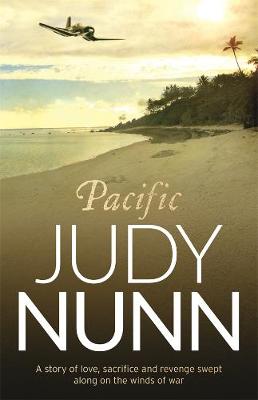 An epic story of love, sacrifice and revenge swept along on the winds of war.

An epic story of love, sacrifice and revenge swept along on the winds of war.

But as filming begins in Vanuatu, uncanny parallels between history and fiction emerge. Just who was the real Mamma Tack? And what mysterious forces are at play? The answers reveal not only bygone secrets but Sam's own destiny.

In another era, Jane Thackeray travels from England to the far distant islands of the New Hebrides. Ensnared in the turmoil of war, Jane witnesses the devastating effect human conflict has upon an innocent race of people. There she meets Charles 'Wolf' Baker, a charismatic fighter pilot, and Jean-Francois Marat, a powerful plantation owner - and soon their lives are entwined in a maelstrom of love and hate ...

From the dark days of Dunkirk to the vicious fighting that was Guadalcanal, from the sedate beauty of the English Channel ports to a tropical paradise, Pacific is Judy Nunn at her enthralling best.

Other Editions - Pacific by Judy Nunn 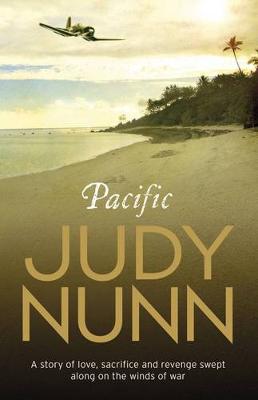 A Preview for this title is currently not available.
More Books By Judy Nunn
View All