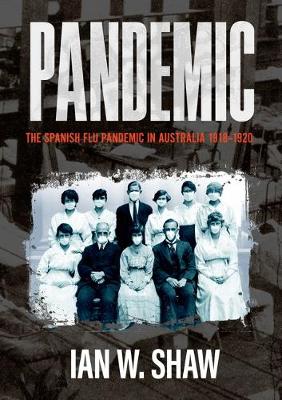 Between January 1919 and March 1920, two waves of Spanish flu swept across Australia, touching every settlement from the bottom of Tasmania to the tip of Cape York and from Byron Bay in the east to Broome in the west. At least 15,000 people died and many more were incapacitated but medical and health specialists, by literally putting their lives on the line, saved countless more and gave Australia a template for what was to come at the country exactly a century later. This book tells the story of the Australian experience of the Spanish Flu and of those who fought it and sometimes lost their lives to it.

A Preview for this title is currently not available.
More Books By Ian W. Shaw
View All

Operation Babylift: The incredible story of the inspiring Australian women who rescued hundreds of orphans at the end of the Vietnam War
Ian W. Shaw
Paperback , May '19
20% OFF!
RRP: $32.99 $26.39