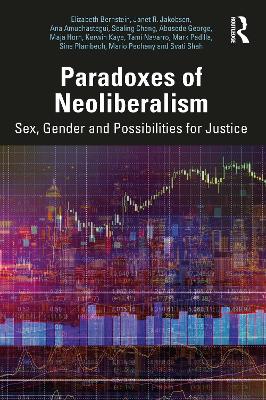 Paradoxes of Neoliberalism: Sex, Gender and Possibilities for Justice

Description - Paradoxes of Neoliberalism: Sex, Gender and Possibilities for Justice by Janet Jakobsen

From the rise of far-right regimes to the tumult of the COVID-19 pandemic, recent years have brought global upheaval as well as the sedimentation of longstanding social inequalities. Analyzing the complexities of the current political moment in different geographic regions, this book addresses the paradoxical persistence of neoliberal policies and practices, in order to ground the pursuit of a more just world.

Engaging theories of decoloniality, racial capitalism, queer materialism, and social reproduction, this book demonstrates the centrality of sexual politics to neoliberalism, including both social relations and statecraft. Drawing on ethnographic case studies, the authors show that gender and sexuality may be the site for policies like those pertaining to sex trafficking, which bundle together economics and changes to the structure of the state. In other instances, sexual politics are crucial components of policies on issues ranging from the growth of financial services to migration.

Tracing the role of sexual politics across different localities and through different political domains, this book delineates the paradoxical assemblage that makes up contemporary neoliberal hegemony. In addition to exploring contemporary social relations of neoliberal governance, exploitation, domination, and exclusion, the authors also consider gender and sexuality as forces that have shaped myriad forms of community-based activism and resistance, including local efforts to pursue new forms of social change. By tracing neoliberal paradoxes across global sites, the book delineates the multiple dimensions of economic and cultural restructuring that have characterized neoliberal regimes and emergent activist responses to them.

This innovative analysis of the relationship between gender justice and political economy will appeal to: interdisciplinary scholars in social and cultural studies; legal and political theorists; and the wide range of readers who are concerned with contemporary questions of social justice.

Other Editions - Paradoxes of Neoliberalism: Sex, Gender and Possibilities for Justice by Janet Jakobsen 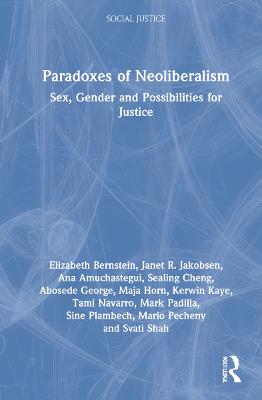 A Preview for this title is currently not available.
More Books By Janet Jakobsen
View All