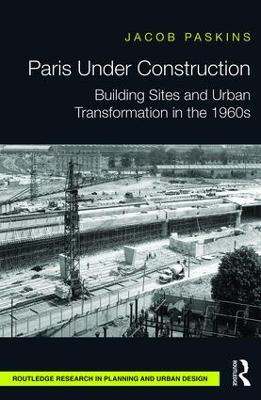 Building Sites and Urban Transformation in the 1960s

During the 1960s, building sites in Paris became spaces that expressed preoccupations about urban transformation, labour immigration and national identity. As new buildings and infrastructure changed the city, building sites revealed the substandard living and working conditions of migrant construction workers in France. Moreover, construction was the touchstone in debates about the dangers of urban life, and triggered action in communities whose districts faced demolition. Paris Under Construction explores the social, political and cultural responses to construction work and urban transformation in the Paris metropolitan region during the 1960s. This examination of a decade of intensive building work considers the ways in which the experience of construction was mediated, produced and reproduced through a range of complex and sometimes contradictory representations. The building sites that produced the new Paris are no longer visible, and were perhaps never intended to be seen, yet different groups closely observed and recorded construction, giving it meanings that went beyond specific building activities. The research draws extensively on French newspaper, television and radio archives, and delves into rarely examined trade union material. Paris Under Construction gives voice to the witnesses of-and participants in-urban transformation who are usually excluded from architectural and urban history.

Other Editions - Paris Under Construction by Jacob Paskins A Preview for this title is currently not available.
More Books By Jacob Paskins
View All