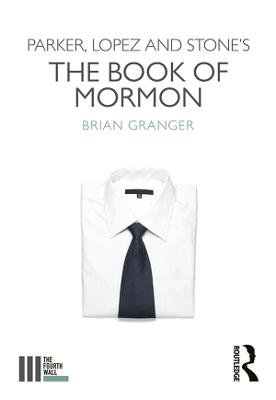 Parker, Lopez and Stone's The Book of Mormon

Description - Parker, Lopez and Stone's The Book of Mormon by Brian Granger

In 2011, a musical full of curse words and Mormon missionaries swept that year's Tony Awards and was praised as a triumphant return of the American musical. This book explores the inherent achievements (and failures) of The Book of Mormon-one of the most ambitious, and problematic, musicals to achieve widespread success. The creative team members-Matt Parker, Trey Stone and composer Robert Lopez-were collectively known for their aggressive use of taboo subjects and crude, punchy humor. Using the metaphor of boxing, Granger explores the metaphorical punches the trio delivers and ruminates over the less-discussed ideological wounds that their style of shock absurdism might leave behind.

This careful examination of where The Book of Mormon succeeds and fails is sure to challenge discussion of our understanding of musical comedy and our appreciation for this cultural landmark in theatre.