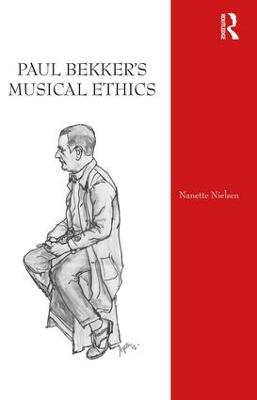 German music critic and opera producer Paul Bekker (1882-1937) is a rare example of a critic granted the opportunity to turn his ideas into practice. In this first full-length study of Bekker in English, Nanette Nielsen investigates Bekker's theory and practice in light of ethics and aesthetics, in order to uncover the ways in which these intersect in his work and contributed to the cultural and political landscape of the Weimar Republic. By linking Beethoven's music to issues of freedom and individuality, at the same time that he argues for its potential to unify the masses, Bekker had already in 1911 begun to construct the ethical framework for his musical sociology and opera aesthetics. Nielsen discusses some of the complex (and conflicting) layers of modernism and conservatism in Bekker that would have a continued presence in his work and its reception throughout his career. Bekker's demands for a 'practical ethics' led to his criticisms of metaphysically grounded approaches to aesthetics, and his ethical views are put into further relief in a sketch of the development of his music phenomenology in the 1920s.
Nielsen unravels the complex intersections between Bekker's ethics and his opera aesthetics in connection with his practice as an Intendant at the Wiesbaden State Theatre (1927-1932), offering a critical reading of an opera staged during his tenure: Hugo Herrmann's Vasantasena (1930). Further works are considered in light of the theoretical framework underpinning the book, inspired by several intersections between ethics and aesthetics encountered in Bekker's work. 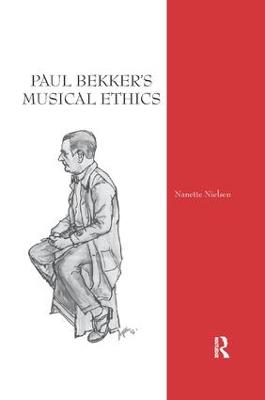 A Preview for this title is currently not available.
More Books By Nanette Nielsen
View All