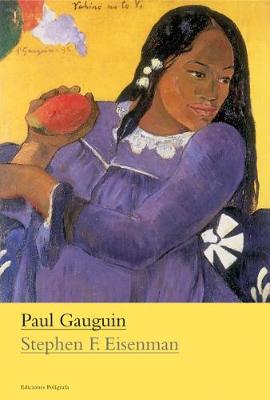 Paul Gauguin (1848-1903) was one of the most important artists of the late nineteenth century, and one whose work was to have a profound influence on the development of art in the twentieth century. He began as an Impressionist-he contributed with major works to five of the eight Impressionist exhibitions between 1879 and 1886-, but went on to develop a most richly coloured style in his constant search for pristine originality and unadulterated nature. Both David Sweetman and John Richardson-his main biographers-remark that Gauguin's posthumous retrospective exhibitions at the Salon d'Automne in Paris in 1903 and an even larger one in 1906 had a stunning and powerful influence on the French avant-garde and in particular on Pablo Picasso's paintings. "He was always loath to admit Gauguin's role in setting him on the road to" primitivism", Richardson said. This concise monograph collects the most important works by Gauguin, not only of his best known paintings of Tahiti in which the artist attempted to reconstruct the perfect life which he had failed to find in reality, but also of many powerful works that reflect the artist's contact with other seminal early modern masters like Van Gogh or Cezanne. ILLUSTRATIONS 85 images *