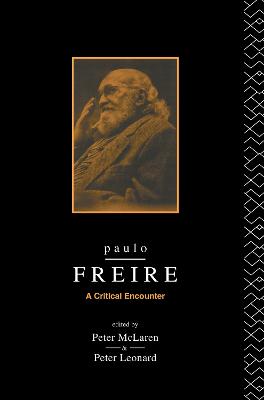 Paulo Freire is one of the century's great thinkers on education and the politics of liberation. Known mostly for his literacy campaigns in Latin America and Africa, and for his seminal work Pedagogy of the Oppressed, his thinking continues to be rediscovered by generations of teachers, scholars, community activists and cultural workers in Europe and North America. While his name is synonymous with the practice of Critical Literacy' and A Pedagogy of Liberation', his work has been appropiated in many diverse fields of discipline and site-based projects of social reform. This volume represents a pathfinding analysis of Freires work and in many cases it offers an extension of his thinking in order to make it more applicable to first world contexts. Peter McLaren and Peter Leonard have brought together a divergent group of scholars widely recognized for their contributions to critical theory and critical pedagogy. Themes addressed include Freier's relation to feminist critique, his philosophical roots and an evaluation of his ideas from postmodernist and postcolonialist perspectives. The collection will be essential reading for anyone interested in the radical sociology of education and the politics of liberation. 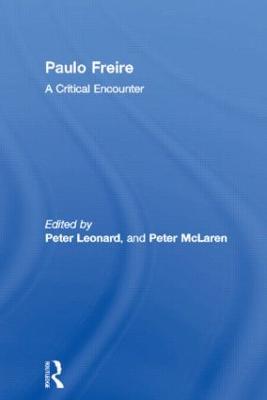 A Preview for this title is currently not available.
More Books By Peter Leonard
View All