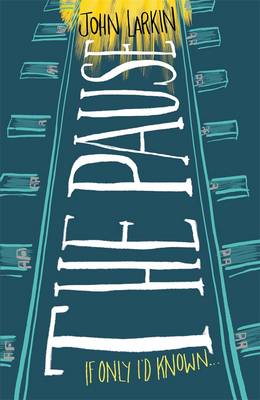 Description - The Pause by John Larkin

Everyone's going to be talking about The Pause, the new novel from award-winning author John Larkin.

One moment. One pause. One whole new life.

Declan seems to have it all- a family that loves him, friends he's known for years, a beautiful girlfriend he would go to the ends of the earth for.

But there's something in Declan's past that just won't go away, that pokes and scratches at his thoughts when he's at his most vulnerable. Declan feels as if nothing will take away that pain that he has buried deep inside for so long. So he makes the only decision he thinks he has left- the decision to end it all.

Or does he? As the train approaches and Declan teeters at the edge of the platform, two versions of his life are revealed. In one, Declan watches as his body is destroyed and the lives of those who loved him unravel. In the other, Declan pauses before he jumps. And this makes all the difference.

From author of The Shadow Girl, winner of the Victorian Premier's Literary Awards 2012 Prize for Writing for Young Adults, comes a breathtaking new novel that will make you reconsider the road you're travelling and the tracks you're leaving behind.