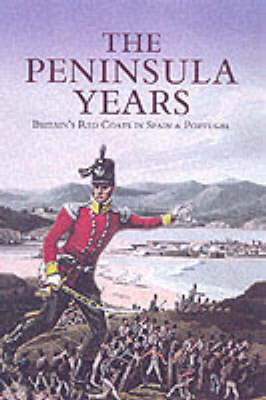 Britain's Redcoats in Spain and Portugal

The Peninsular Campaign was conducted over terrain ranging from the sun scorched plains of Andulusia to the picturesque snow covered passes of the Pyrenees. Drawing on the experiences and observations of fifty-six officers and men who fought during the years 1808 to 1814, The Peninsual Years is a thrilling and fast moving narrative of the bloody campaigns in the Iberian Peninsula, as well as showing insight into the everyday hardships common to the ordinary British redcoat. The contrary nature of the infantryman of that time is effectively illustrated in the long and arduous retreat to Corunna with its accompanying scenes of drunken and licenscious behaviour yet, when the occasion called for it, he was capable of outstanding feats of suicidal bravery as demonstrated at Albuera or in the murderous assault against Badajoz Wellington may have referred to the men under his command as scum, but without their fortitude, bravery and endurance he knew that Spain would never have been swept clean of France's elite divisions, thus paving the way for Napoleon's eventual downfall and defeat.

A Preview for this title is currently not available.
More Books By D. S. Richards
View All