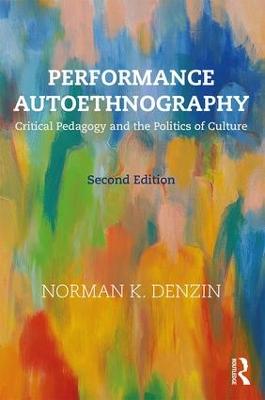 Critical Pedagogy and the Politics of Culture 2nd New edition

This book is a manifesto. It is about rethinking performance autoethnography, about the formation of a critical performative cultural politics, about what happens when everything is already performative, when the dividing line between performativity and performance disappears. This is a book about the writing called autoethnography. It is also about what this form of writing means for writers who want to perform work that leads to social justice. Denzin's goal is to take the reader through the history, major terms, forms, criticisms and issues confronting performance autoethnography and critical interpretive. To that end many of the chapters are written as performance texts, as ethnodramas.

A single thesis organizes this book: the performance turn has been taken in the human disciplines and it must be taken seriously. Multiple informative performance models are discussed: Goffman's dramaturgy; Turner's performance anthropology; performance ethnographies by A. D. Smith, Conquergood, and Madison; Saldana's ethnodramas; Schechter's social theatre; Norris's playacting; Boal's theatre of the oppressed; and Freire's pedagogies of the oppressed. They represent different ways of staging and hence performing ethnography, resistance and critical pedagogy. They represent different ways of "imagining, and inventing and hence performing alternative imaginaries, alternative counter-performances to war, violence, and the globalized corporate empire" (Schechner 2015).

This book provides a systematic treatment of the origins, goals, concepts, genres, methods, aesthetics, ethics and truth conditions of critical performance autoethnography. Denzin uses the performance text as a vehicle for taking up the hard questions about reading, writing, performing and doing critical work that makes a difference. 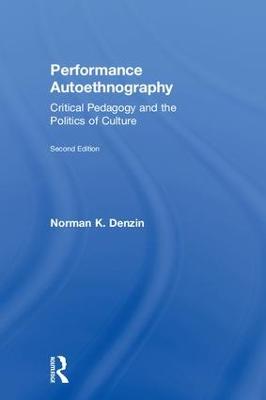 A Preview for this title is currently not available.
More Books By Norman K. Denzin
View All