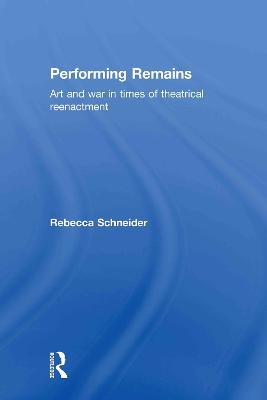 Art and War in Times of Theatrical Reenactment

'At last, the past has arrived! Performing Remains is Rebecca Schneider's authoritative statement on a major topic of interest to the field of theatre and performance studies. It extends and consolidates her pioneering contributions to the field through its interdisciplinary method, vivid writing, and stimulating polemic. Performing Remains has been eagerly awaited, and will be appreciated now and in the future for its rigorous investigations into the aesthetic and political potential of reenactments.' - Tavia Nyong'o, Tisch School of the Arts, New York University 'I have often wondered where the big, important, paradigm-changing book about re-enactment is: Schneider's book seems to me to be that book. Her work is challenging, thoughtful and innovative and will set the agenda for study in a number of areas for the next decade.' - Jerome de Groot, University of Manchester Performing Remains is a dazzling new study exploring the role of the fake, the false and the faux in contemporary performance. Rebecca Schneider argues passionately that performance can be engaged as what remains, rather than what disappears.
Across seven essays, Schneider presents a forensic and unique examination of both contemporary and historical performance, drawing on a variety of elucidating sources including the "America" plays of Linda Mussmann and Suzan-Lori Parks, performances of Marina Abramovic' and Allison Smith, and the continued popular appeal of Civil War reenactments. Performing Remains questions the importance of representation throughout history and today, while boldly reassessing the ritual value of failure to recapture the past and recreate the "original." 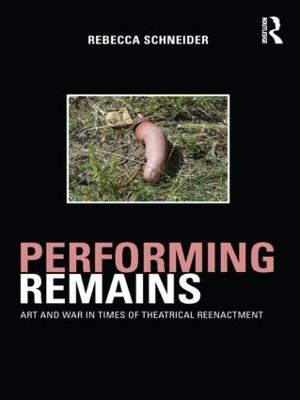 A Preview for this title is currently not available.
More Books By Rebecca Schneider
View All