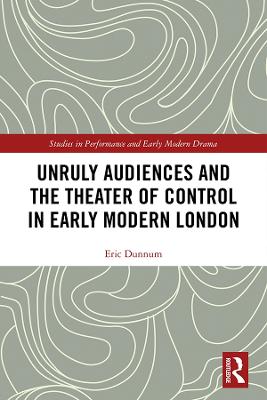 Unruly Audiences and the Theater of Control in Early Modern London explores the effects of audience riots on the dramaturgy of early modern playwrights, arguing that playwrights from Marlowe to Brome often used their plays to control the physical reactions of their audience.

This study analyses how, out of anxiety that unruly audiences would destroy the nascent industry of professional drama in England, playwrights sought to limit the effect that their plays could have on the audience. They tried to construct playgoing through their drama in the hopes of creating a less-reactive, more pensive, and controlled playgoer. The result was the radical experimentation in dramaturgy that, in part, defines Renaissance drama.

A Preview for this title is currently not available.
More Books By Eric Dunnum
View All