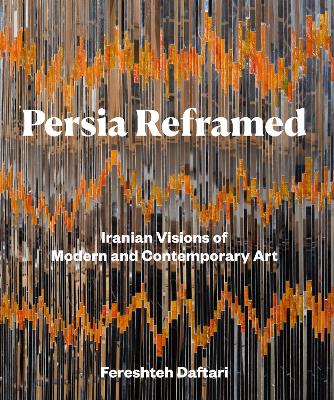 The modern and contemporary art of Iran has often been understood, and positioned by commercial institutions, as decorative or ethnic - hence the focus on calligraphy and veiled women. At a scholarly level it has been characterized as a comment on the socio-political context of the country. Viewing Iranian art as neither a commodity, nor an illustration of theory, Fereshteh Daftari approaches the modern art of Iran as a democratic space where pluralism - a range of different styles and ideas - can thrive.

This art historical exploration offers new insights into Iranian art, from the late nineteenth century Qajar period, via the Saqqakhaneh movement of the 1960s and into the contemporary world. In the process the author comments on the concept of modernism in a non-Western environment and the shifting meanings of abstraction. She takes both a specific and a panoramic view of Iranian art to expose new themes such as the subversive appropriation of traditional art, whilst also tackling more perennial issues such as gender.

With experience as an international curator, Daftari reviews the representations of Iranian artists outside the country and discusses the varied angles from which she has introduced the art to a Western audience. She explains how in the process she has steered clear of contentious rubrics, valorized contemporary media, and probed the complex relation between the individual and the political.

A Preview for this title is currently not available.
More Books By Fereshteh Daftari
View All