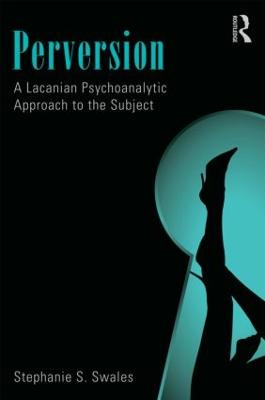 A Lacanian Psychoanalytic Approach to the Subject

Lacan's psychoanalytic take on what makes a pervert perverse is not the fact of habitually engaging in specific "abnormal" or transgressive sexual acts, but of occupying a particular structural position in relation to the Other. Perversion is one of Lacan's three main ontological diagnostic structures, structures that indicate fundamentally different ways of solving the problems of alienation, separation from the primary caregiver, and castration, or having limits set by the law on one's jouissance. The perverse subject has undergone alienation but disavowed castration, suffering from excessive jouissance and a core belief that the law and social norms are fraudulent at worst and weak at best.

In Perversion, Stephanie Swales provides a close reading (a qualitative hermeneutic reading) of what Lacan said about perversion and its substructures (i.e., fetishism, voyeurism, exhibitionism, sadism, and masochism). Lacanian theory is carefully explained in accessible language, and perversion is elucidated in terms of its etiology, characteristics, symptoms, and fundamental fantasy. Referring to sex offenders as a sample, she offers clinicians a guide to making differential diagnoses between psychotic, neurotic, and perverse patients, and provides a treatment model for working with perversion versus neurosis. Two detailed qualitative clinical case studies are presented-one of a neurotic sex offender and the other of a perverse sex offender-highlighting crucial differences in the transference relation and subsequent treatment recommendations for both forensic and private practice contexts.

Perversion offers a fresh psychoanalytic approach to the subject and will be of great interest to scholars and clinicians in the fields of psychoanalysis, psychology, forensic science, cultural studies, and philosophy. 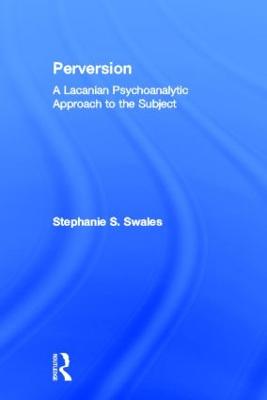 A Preview for this title is currently not available.
More Books By Stephanie S. Swales
View All