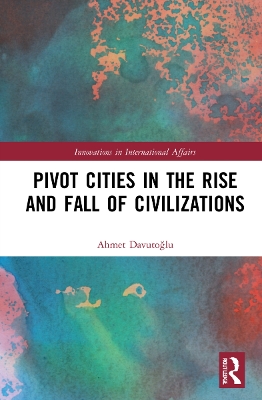 Pivot Cities in the Rise and Fall of Civilizations

Based on the author's long experience in academic life and the public realm, especially in foreign policy, this book argues that a single categoric classification of cities is inadequate, and that cities have had different and varied impacts and positions throughout the history of civilization.

The author examines how the formation, transformation, destruction or reestablishment of many civilizational cities reveals a clearer picture of the cornerstones of the course of human history. These cities, which play a decisive and pivotal role in the direction of the flow of history as well as providing us with a compass to guide our efforts to understand and interpret this flow, are conceptualized by the author as civilizations' "pivot cities". This innovative book explores the role of great cities in political historical change, presenting an alternative view of these pivot cities from a culturalist perspective. Within this framework, the role played by pivot cities in the history of civilization may be considered under seven distinct headings: pioneering cities which founded civilizations; cities which were founded by civilizations; cities which were transplanted during the formation of civilizations; "ghost cities" which lost their importance through shifts in political power and civilizational transformation; "lost cities" which were destroyed by civilizations; cities on lines of geocultural/geoeconomic interaction; and cities which combine, transform or are transformed by different civilizations. The author's concept of pivot cities explores the interplay between vital cities and civilizations, which bears on the future of globalization at a time of instability, as projected continuing de-Westernization becomes a theme in studies of global history.

This book provides highly productive discussions relevant to the literature on city-civilization relationships and the historicity of pivot cities. Its clear language, rich content, deep and original perspective, interdisciplinary approach and rich bibliography will ensure that it appeals to students and scholars in a variety of disciplines, including cultural studies, political science, comparative urban studies, anthropology, history and civilizational studies.

Buy Pivot Cities in the Rise and Fall of Civilizations by Ahmet Davutoglu from Australia's Online Independent Bookstore, BooksDirect.

A Preview for this title is currently not available.
More Books By Ahmet Davutoglu
View All