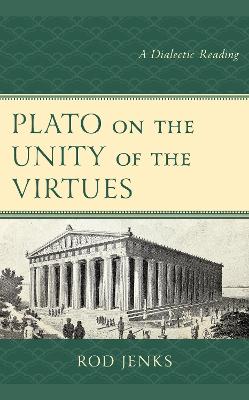 Plato on the Unity of the Virtues: A Dialectic Reading

Description - Plato on the Unity of the Virtues: A Dialectic Reading by Rod Jenks

Plato in the Protagoras suggests that the virtues are profoundly unified yet also distinct. In Plato on the Unity of the Virtues: A Dialectic Reading, Rod Jenks argues that the way in which they are both one and many is finally ineffable. He shows how, elsewhere in the corpus, Plato countenances ineffability. Jenks's interpretation of Protagoras accounts for the otherwise-inexplicable inability of both Socrates and Protagoras to identify the bone of contention between them. Not only can the thesis not be argued for; it can't even be properly stated. Jenks shows how the long exegesis on the Simonides poem is philosophically relevant. Further, he shows that both the parts-of-the-face analogy and the gold analogy are inadequate, arguing that Plato intends them to be so. Jenks explains why the unity thesis is supported by-what most scholars agree are-terrible arguments: the virtues are both one and many. He explains why, in spite of the unity claim being profoundly elusive, Plato believes it to be crucial that we come to appreciate how virtue, which really does have parts, can also be profoundly one.

Buy Plato on the Unity of the Virtues: A Dialectic Reading by Rod Jenks from Australia's Online Independent Bookstore, BooksDirect.

A Preview for this title is currently not available.
More Books By Rod Jenks
View All