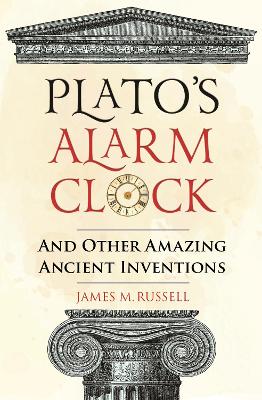 And Other Amazing Ancient Inventions

We all like to think we are pretty smart. New medical advances seem to come along every day; space travel suddenly doesn't seem so difficult; self-driving cars are no longer a thing of the future ... but if we were stranded on a desert island tomorrow, most of us wouldn't know how to catch a fish or start a fire, let alone rebuild all that extraordinary technology we now rely on.

The truth is that we're not necessarily more clever than our ancestors, we just have an accumulation of centuries of technological progress on which we can rely. As this book shows, many of the ancients were much more advanced than we realise - indeed there are recent inventions that had actually been discovered centuries earlier and then forgotten. And what about all those modern day devices and machines that rely on ancient inventions such as paper, levers and gears?

From brain surgery in the Stone Age to Chinese whisky from the 7th century BC, to Damascus steel - once the hardest metal in the world, which we no longer know how to make - this insightful book collects together the stories of hundreds of ancient devices, inventions and breakthroughs from around the world and across the centuries, giving us a fascinating glimpse into past eras that were far more technologically advanced than we sometimes realise.

A Preview for this title is currently not available.
More Books By James M. Russell
View All