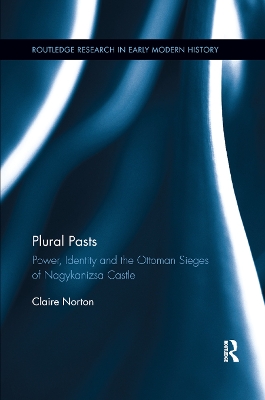 Through a study of a variety of Ottoman and modern Turkish accounts of the Ottoman-Habsburg sieges of Nagykanizsa Castle (1600-01) including official documents, correspondence, histories, and more literary genres such as gazavatnames [campaign narratives], Plural Pasts explores Ottoman literacy practices. By considering the diverse roles that the various accounts served - construction of identities, forging of diplomatic alliances and legitimization of political ideologies and geo-political imaginations - it explores the cultural and socio-political significance the various accounts had for different audiences. In addition, it interweaves theoretical reflection with textual analysis. Using the sieges of Nagykanizsa as a case study, it offers a sophisticated contribution to ongoing historiographical arguments: namely, how historians construct hierarchies of primary sources and judge some to be more truthful, or more valuable, than others; how texts are assigned to particular genres based on perceived epistemological status - as story or history, fact or fiction; and the circular role that historians and their histories play in constructing, reflecting and reinforcing cultural and political imaginaries.

Other Editions - Plural Pasts: Power, Identity and the Ottoman Sieges of Nagykanizsa Castle by Claire Norton A Preview for this title is currently not available.
More Books By Claire Norton
View All

Conversion and Islam in the Early Modern Mediterranean: The Lure of the Other
Claire Norton
Paperback , May '19
RRP: $81.99 $73.79