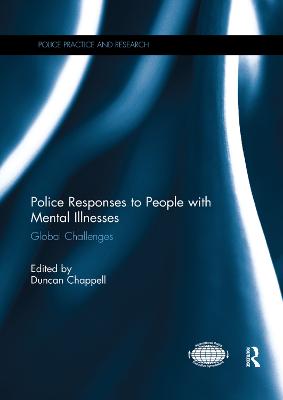 According to the World Health Organisation during their lifetime more than one quarter of all individuals will develop one or more mental or behavioural disorders. Given prevalence data like this it is not surprising that wherever they reside on the planet many persons suffering from a mental disorder, or as is more commonly termed in popular parlance a mental illness, are likely to come into contact with police at some stage in their lives. Indeed, research conducted in a number of countries suggests that about 10 per cent of all community police work involves some form of interaction with a person with a mental illness. From a police perspective these encounters are not only frequent but also often sensitive and challenging.

Despite the difficulties associated with this important aspect of community policing surprisingly scant attention has been given to the development of empirically tested and established best practice approaches to managing police interactions with persons with mental illnesses. The literature that does exist is principally derived from North American sources although more recent and interesting developments have been reported in Australia and the United Kingdom. The principal aim of Police Responses to People with Mental Illnesses is to seek to reduce this gap in the literature by providing an international overview of some of the latest research and policy developments in the field, and the challenges still to be confronted in many places in overcoming cultural and associated barriers to protecting the rights of the mentally ill.

This book was originally published as a special issue of Police Practice and Research: An International Journal.

A Preview for this title is currently not available.
More Books By Duncan Chappell
View All