Politics, Philosophy, Culture contains a rich selection of interviews and other writings by the late Michel Foucault. Drawing upon his revolutionary concept of power as well as his critique of the institutions that organize social life, Foucault discusses literature, music, and the power of art while also examining concrete issues such as the Left in contemporary France, the social security system, the penal system, homosexuality, madness, and the Iranian Revolution. 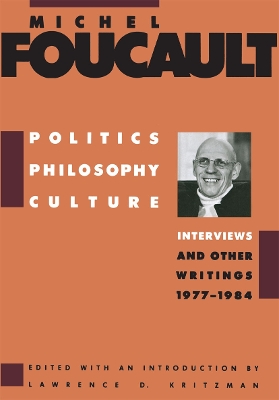 A Preview for this title is currently not available.
More Books By Michel Foucault
View All