Polly Pry: The Woman Who Wrote the West

Description - Polly Pry: The Woman Who Wrote the West by Julia Bricklin

In 1900, the young and beautiful Leonel Ross Campbell became the first female reporter to work for the Denver Post. As the journalist known as Polly Pry, she ruffled feathers when she worked to free a convicted cannibal and when she battled the powerful Telluride miners' union. She was nearly murdered more than once. And a younger female colleague once said, "Polly Pry did not just report the news, she made it!"
If only that young reporter had known how true her words were. Polly Pry got her start not just writing the news but inventing it. In spite of herself, however, Campbell would become a respected journalist and activist later in her career. She would establish herself as a champion for rights of the under served in the early twentieth century, taking up the causes of women, children, laborers, victims and soldiers of war, and prisoners. And she wrote some of the most sensational stories that westerners had ever read, all while keeping the truth behind her success a secret from her colleagues and closest friends and family.

Other Editions - Polly Pry: The Woman Who Wrote the West by Julia Bricklin 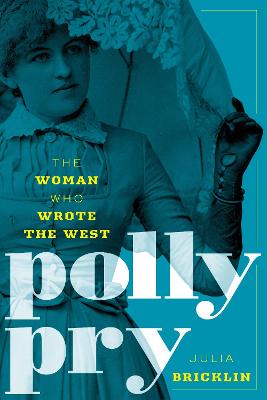 A Preview for this title is currently not available.
More Books By Julia Bricklin
View All