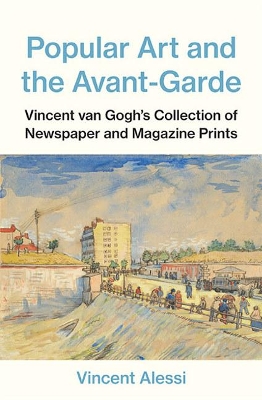 When Vincent van Gogh picked up his pencil and set out on his artistic career, it was not with the intention of becoming a leader of the avant-garde art world. Rather, his aims centred on earning a reasonable wage and living within the middle-class norms of his family. Van Gogh's hope was to become an illustrator of magazines and newspapers.
From 1880 to 1885 van Gogh assembled a collection of more than 2,000 black-and-white prints, predominantly from English publications such as The Graphic and The Illustrated London News. These prints were produced in the thousands to accompany news stories or as stand-alone illustrations to be pinned up in the family home.
Vincent Alessi reveals for the first time how van Gogh's collection acted for him as both inspiration and manual: a guide to the subject matter demanded by leading illustrated newspapers and magazines and a model of artistic style.
These popular images are shown to have palpably shaped van Gogh's art throughout his career, and open up rich new understandings of a life and body of work that continue to intrigue and inspire.